He is The Director of YouTube Poop: The Movie and Mega Showdown of the Century He is also the creator of Kappa Mikey The Abridged Series, SOTC: The Series Team Fortress 2 Crossover Poopand the Foreign YouTube Poop Crossover Series in Latinamerica based off tansoloyo007's Fate Stay DramaSeries due to his personality being also a Latino Person from Ecuador YugiDrama 6TEEND's

He is also known as NaruIchi97, for YT, is NarutoIchigo97 and NaruIchiLatino97 (After the deletion of YTPMovieOfficial, He made another channel due to ShukakuSleeps), He also makes AMV's and random videos, also makes YouTube Poops. In DeviantArt his name is AaronMon97, in Twitter KMTAS, and his blog is bilingual only

He is the owner of NaruIchi97 Studios, now NaruIchi97/AtomicRanger97 Entertainment Studios Inc.. And he will be also known as just Aaron or AtomicRanger97 due to weaboo hate and the fact that he is REALLY not a weaboo.

I am just a young guy who everything is his favorite. If you hate weaboos, which I am not, I tell you i am AtomicRanger97 to you! Also I have asperger syndrome, It makes me do both dumb and smart things at the same time, I just can't help it. 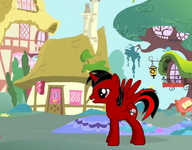 Me and Ivanna (my niece) 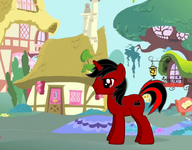 Updated me.
Add a photo to this gallery
Retrieved from "https://makingthecrossover.fandom.com/wiki/User:NI97Wiki?oldid=13745"
Community content is available under CC-BY-SA unless otherwise noted.

Ranked #8
on this wiki